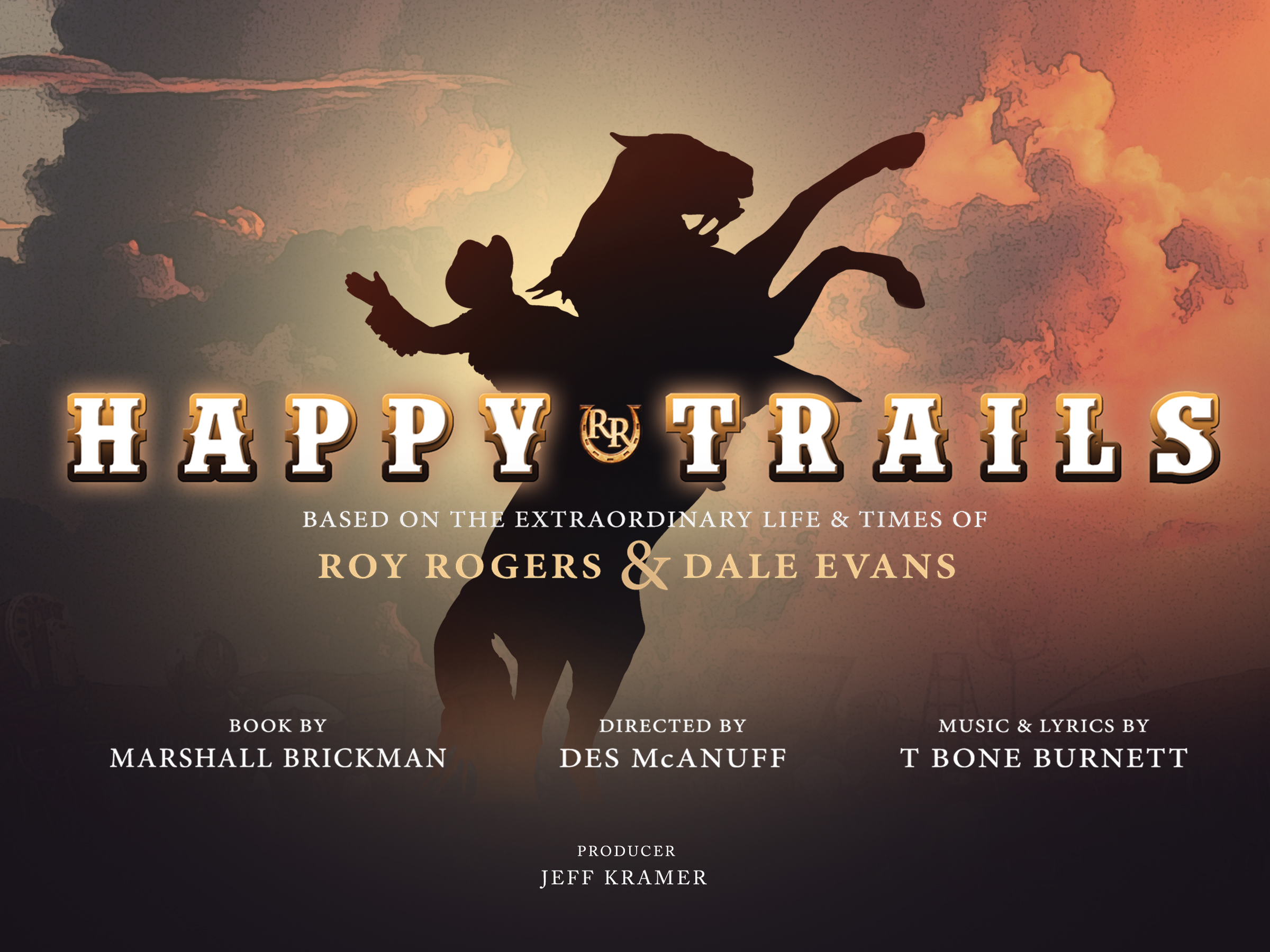 THE REAL LIFE ADVENTURES OF ROY ROGERS AND DALE EVANS Ride Along With Us

Excitement is gathering around the legacy of Roy Rogers and Dale Evans (and Trigger and Bullet!):

We’ll keep you-to-date and include you as things happen!

Provide your email address and you’ll be included and we’ll share all the developments in real time with regard to the musical opening in 2023.

We'll send an email to you so you can verify it was really you that wanted to keep up to date! The we'll keep you in the loop!

After you have entered your information and pressed the button, we'll send an email to you so you can verify it was really you that wanted to keep up to date!

Roy Rogers and Dale Evans showed the real power of deep relationship as together they were so much more than they would have been apart.

Thanks Roy. Thanks Dale. You are loved forever! Roy and Dale composed and performed hundreds of songs for commercial sale, their movies, television series, and their radio shows. The iconic “Happy Trails”, penned by Dale Evans, was the theme song for 100 episodes of the Roy Rogers TV series and also the closing song for the 2002 Winter Olympics in Salt Lake City, Utah.

Their ability to draw a live audience, as one example, held box office records at Madison Square Garden in New York City for many years.

From the 1930’s, and throughout his career, Roy performed with the Sons of the Pioneers. His son, Roy “Dusty” Rogers Jr., performs with them around the country still in 2019. (www.sonsofthepioneers.org) Hermes Press has produced a hard cover collector’s edition of some early Roy Rogers Comic Books. They are on sale now. (buy now)

Roy’s comic books originally sold at an average of 1,300,000 per issue (sold in multiple languages). As well, the Roy Rogers newspaper comic strips were in print up until 1961. Hermes Press did a reissue of the comic strips in 2011 as a hard cover collector’s edition, which quickly sold out.